I honestly don’t know where to start, but I’ll have a go.

It’s funny, I am so used to contacting fathers, asking whether they would like to contribute a story or two about their experiences and now I find that not only is what I’m asking quite difficult, it’s also very personal. Thing is, I do personal and private well, it’s in my poems, my songs, and if you happen to catch me for some costa and conversation, you’ll find that I fair well there also.

Noah has been in my life for 11 days now. Already, Nat is calling him a light skinned Yomi. I laugh as I stare at his top lip, the sharp dip in the centre, and his nose, broad like his father’s. I look at this child that is mine and still question whether this is real.

I remember the day Natalie told me, she delivered the news in the most beautiful way, a way that I wasn’t quite prepared for. I was settling a rather bad hangover from my antics the night before, she entered the room, handed me a card and a present. I opened the card and noticed baby feet on the front, but thought nothing of it. I started reading and still, nothing clicked, not the talk of this new journey, not the fact of how surprised she was. I looked at the card again, and felt the thinness of this present – then it hit me. The wrapped gift was a pregancy test kit that showed positive, and in the other room, was the mother of my child. I remember walking in the room and seeing her – hands over her mouth, crying and shaking “I don’t want you to be angry” she said, I hugged her, wiped her tears, smiled, and called her silly for even thinking such a thing. We laid back, wondering whether we would make good parents.

It’s been 11 days and my life has completely turned on its head. Not so much because of the sleepless nights, not the constant nappy change and feeds, but Noah has made me realize just how much I need to be his source of information, and how I can’t allow other peoples excitement to dictate that. I have had deep arguments with family due to cultural norms that I am supposed to know, but never been told about and as a result – makes me out to be this black man on the outside but “white” within. I’ve confronted ghosts of being laughed at by elders when wanting to learn, I stood my ground when things were demanded – I choked in tears of explaining how life was for me as a teenager, and how much I wouldn’t want the same for my son. The biggest battle in being honest with myself and others was a task I avoided for a while.

I love everything about my son. How he looks, smells, eats. I’ve embraced the fun in changing nappies and loving how his heart slows down to match mine when lying on my chest at night. He is demanding when he wants to be however, for now, he mainly sleeps during the day and gets more active at night. His eyes were shut for 3 to 4 days, can’t say the same for his mouth though lol, the boy can eat! Surprisingly, I haven’t written any poems, my brain has drawn blanks because I am still absorbing everything that is my son. Right now, he is finding his voice more, and post circumcision (which I shall explore in another post) his penis now feels no way to randomly rain on our parade when changing him. As soon as I see it pointing up, I’m shutting my mouth and getting ready to duck, the brother is handsomely rude!

The current challenge is trying to get Noah to breastfeed. He has trouble latching on, which frustrates him because he is hungry but most importantly – it’s heartbreaking for his mother. I recall the first evening at home, he was crying because he was hungry. Nat had been trying to feed him for up to an hour and the cries grew louder. Understandably, she stressed out and also started to cry, feeling as though she was failing at being a mother and not providing for her child. There was this chilling image of her that i’ll never forget as she moved in circles, nervously trying to comfort him whilst crying and his refusal of her attempts to feed him. I contacted the hospital and was told she must feed Noah with formula if he is not feeding on the breast. Both Nat and I are not big fans of Formula, however, he needed to feed. I made my first parent decision that evening, she was not happy – but she also did not want her child to starve. 1:10 am, I was on a search for formula, I arrived back home after 2:00, he was fed, and went to sleep. The first night, and quite possibly the worst way to kick off parenthood. There was this silence between us that morning, knowing we were faced with something that caused us to argue, cries that we had to decipher, and wondering how many more nights like this were to come. I remember us exchanging apologies afterwards, first time parents – learning as each day passes. 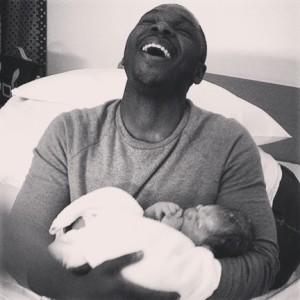