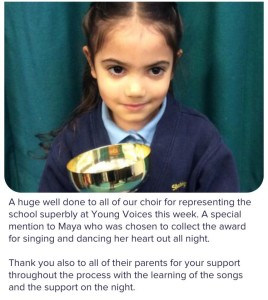 This month my daughter turned 6. As we came to the end of a calm birthday weekend, the new broke of Kobe Bryant’s helicopter crash.

Despite not being a huge basketball fan over the years, I have watched a number of Kobe’s videos listening to his rules for success and finding motivation in his greatness. I knew nothing of his daughter Gianna until a week before that tragic event when I saw the video of her and Kobe at the game talking.

As a father of a daughter, it was an image I couldn’t not watch again and again. Seeing her listening intently as her father broke it down for her, schooling her, coaching her, passing on his greatness was wonderful. Without hearing a word he said I was inspired. I want to give that to my daughter. I want her to see me like that. I want to give my version of that to her.

More videos emerged and I saw just how gifted she was on the court. How she was taking on her father’s mantle and pushing forward, driving towards excellence. She was really good and clearly inspired by her father’s love of the game.

Maya is full of creativity.  She colours, she draws, she writes and reads and dances and, of course sings. Around the same time that the Kobe and Gianna courtside chat video dropped I was in the O2 watching Maya take part in the 7000 children choir young voices concert. As I looked up to the box her school choir was in I watched my daughter unfazed dancing and singing the night away for the entire hour and a half long show. No fear. As the coach pulled up, bringing her and the other children home from their adventure at the end of the night, we greeted her beaming with pride and love her teacher commenting on the party animal we have in our daughter who just did not stop all night! Days after the concert she was still singing the songs.

She continues to show everyone that she is a natural performer. Now I will put no pressure on her to go down this path. I want her to work it out herself. But if this is her thing then I need to show her the game and pass my knowledge to give her the best chance she can have to find success, surpass my achievements and be happy. I want to take her to shows and talk about different elements breaking down the game. I want to teach her music and the joys of instrumental playing. I also need her to see me shining. Being the best that I can be, a shining example. I’m not there yet but trust me if the events of the last couple weeks have taught me anything it is :